Cracking Awaba: Stories of Mosman and the Northern beaches during the Depression – Paula Hamilton 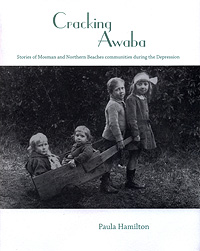 Drawing on seventy-two oral histories about life in Manly, Mosman, Pittwater and Warringah during the Depression of the 1930s this book provides a glimpse of the landscape, culture and community spirit that existed during a particularly difficult time in Australia’s history.

The interviews were undertaken for an oral history project On a Shoestring: The Depression & the 1930s in Manly, Mosman, Pittwater and Warringah during 2000 and 2001.

The curious title comes from an interview with Mosman local, Harley O’Reagan, who as a lad would attempt to ride a billycart down Awaba Street one of Mosman steepest thoroughfares. Harley and his mates called this ride an attempt to “Crack Awaba”. 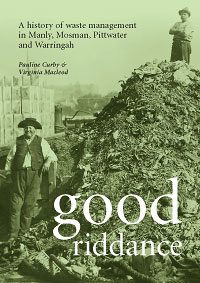 From pre-European times to the present, from plague to prosperity, covering issues such as pollution, packaging and putrescible waste the authors prove garbage can be fascinating and reveal how waste continues to shape our surroundings long after it has been discarded.

Beautiful vistas such as Balmoral Beach, Curl Curl Lagoon and Careel Bay were once rubbish dumps and the authors chronicle the ‘bad old days’ when waste disposal meant dumping rubbish so that it was ‘out of sight and out of mind’.

This fascinating book about a topical subject, is a valuable resource for students, environmentalists and researchers and would be of great interest to the general reader interested in social history.